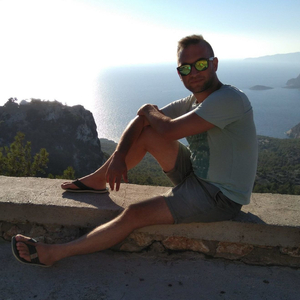 5 reasons not to stay overnight in Edinburgh Castle

If you have a history as long and rich as the city of Edinburgh, you probably have a lot of skeletons in your closet.

So here are at least 5 reasons that will keep you awake if you dare to stay overnight in Edinburgh Castle.

No one knows who this boy was and why he can’t leave the castle. He shows up in the most blood chilling moments, when the castle is threatened. It is as if he’s trying to warn everyone of a danger. However he practises regularly, to be ready for a sudden invasion.

2. A woman accused of witchcraft

It was not an unusual situation for medieval times, when a woman was accused of witchcraft and burnt. The evidence usually was obtained with the help of torture, so there was no lack of it. There is a whole Witch-Well in the Castle. But in this case the accused woman was the Lady of Glamis, who was also accused of conspiracy and treason. Her son was forced to see the execution. The Lady of Glamis couldn’t rest in peace and so she still haunts the Edinburgh Castle. Sometimes knocking noises appear - they are believed to be made by the workers, who construct the platform for burning.

One of the prisoners tried to escape the castle in a barrell. He had no idea, the barrels are emptied out, so he fell down on the rocks. Many tourists experienced something like a push from an invisible person when enjoying the view.

Another musical instrument can be heard in the Castle. When there was a need to explore the tunnels a piper was sent to check their underground structure. He was told to play the piper all the time, so that he could be found easily by the rescue group. But the guy didn’t just get lost in the tunnels and couldn’t find the way out, he simply vanished. He is told to be looking for the way out now, playing a piper and hoping a rescue team can hear him. If you can’t sleep listening to the ghosts playing a piper, that’s another reason not to stay.

As if all the human-ghost companionship was not enough, there are also some dog-ghosts. They are usually observed near the dog-cemetery.

Greyfriars Bobby is the most spoken of, as his story is about dedication, love and devotion. His owner died from tuberculosis, so Greyfriars Bobby spent the rest of his life beside his master’s grave.

In fact, there is a number of companies that organize the ghost hunt here in Edinburgh. There were also efforts to give a scientific explanation of the paranormal activity, though the tests failed.

People, who were unaware of the ghosts usual locations, were asked to describe what they saw and heard. Many described the feeling of someone touching your clothes. The gloomy figures appeared on the walls and dissolved just as suddenly minutes after that. So, if you’re a sceptic, maybe there is even more fun for you to see and hear in Edinburgh Castle? 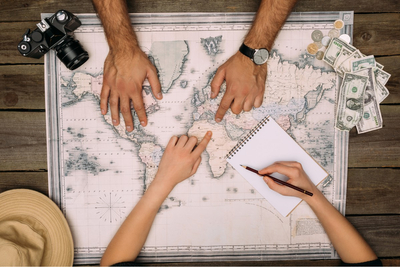